Japanese encephalitis (JE) is a potentially serious disease, which is caused by the Japanese-Encephalitis-virus, a mosquito-borne Flavivirus, and is closely related to the same genus as dengue, yellow fever and West Nile viruses.(3) JE is the main cause of viral encephalitis in Asia.(3) JE virus is transmitted to humans through the bite of an infected mosquito, primarily Culex species. The virus is maintained in an enzootic cycle between mosquitoes and amplifying vertebrate hosts, primarily pigs and wading birds.(1,3)

Where does JE occur? 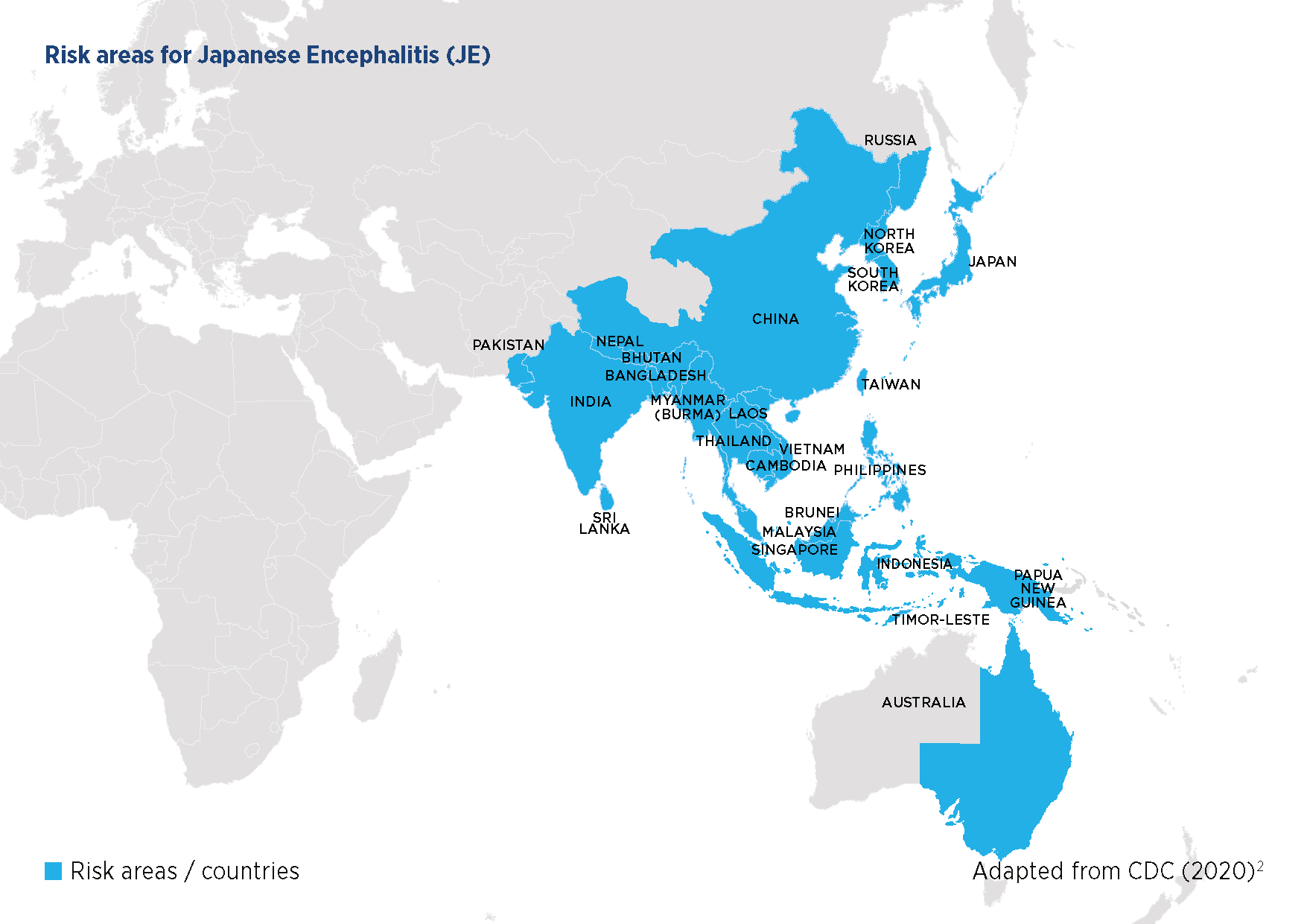 JE is endemic in 24 countries across Asia and the Western Pacific.(3) Transmission of the virus through mosquitoes occurs mainly in rural agricultural areas, often associated with rice cultivation and flood irrigation, but also in urban centers.(1) In temperate areas of Asia, transmission is seasonal, and human disease usually peaks in summer and fall.(1) In the subtropics and tropics, seasonal transmission varies with monsoon rains and irrigation practices and may be prolonged or even occur year-round.(1)

Who is at risk of contracting JE?

For most travelers to Asia, the risk for JE is extremely low but varies based on their destination, duration of travel, season, and activities.(1) However, expatriates and travelers who stay for prolonged periods in rural areas with active JE virus transmission might be at similar risk as resident population.(1) Travelers on even brief trips might be at increased risk if they have extensive outdoor or nighttime exposure in rural areas during periods of active transmission.(1)

What are the symptoms and lasting effects of JE?

Most people infected with JE are asymptomatic or only have mild symptoms.(3) However, in a small number of cases, acute encephalitis is the most common clinical sign of the disease, observed between 5 and 15 days after infection.(1) Illness usually begins with sudden onset of fever, headache, and vomiting.(1) Mental status changes, focal neurologic deficits, generalized weakness, and movement disorders may develop over the next few days.(1) The classical description of JE includes a parkinsonian syndrome.(1) Acute flaccid paralysis has also been associated with JE virus infection. Seizures are common, especially among children.(1) The case-fatality ratio is approximately 20%–30%. Among survivors, 30%–50% have serious neurologic, cognitive, or psychiatric sequelae.(1)

How can JE be treated?

There is currently no specific antiviral treatment available for JE.(1,3,4) Treatment is supportive to relieve symptoms and stabilize the patient.(1,3,4) To reduce the risk for JE, all travellers to Japanese encephalitis-endemic areas should take precautions to avoid mosquito bites.(1,3) Safe and effective JE vaccines are available to prevent disease.(3) 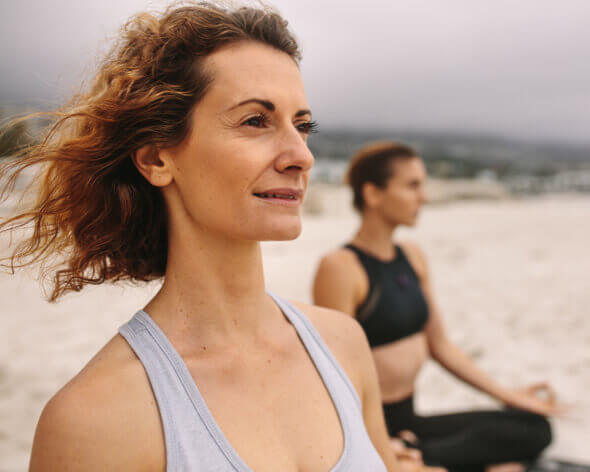 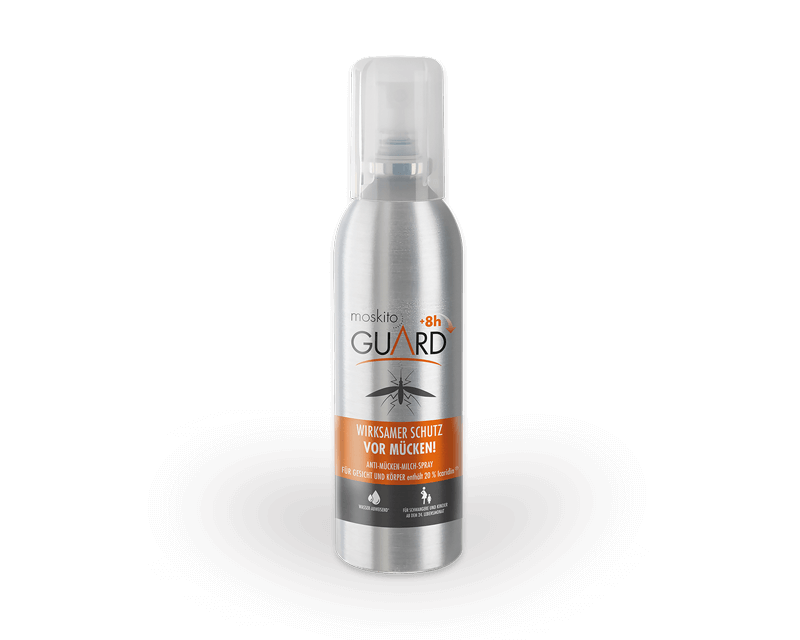